Warning: Use of undefined constant BNCF_ROOT - assumed 'BNCF_ROOT' (this will throw an Error in a future version of PHP) in /home/tu5pc9lcsg98/domains/blog.buyfi.com/html/wp-content/plugins/my-twitter-widget/my-twitter.php on line 39

Warning: Use of undefined constant BNCF_ROOT - assumed 'BNCF_ROOT' (this will throw an Error in a future version of PHP) in /home/tu5pc9lcsg98/domains/blog.buyfi.com/html/wp-content/plugins/my-twitter-widget/my-twitter.php on line 41

Becoming BIG in the Small-and-Medium-sized-business segment

October 22, 2016 No Comments on Becoming BIG in the Small-and-Medium-sized-business segment Entrepreneurship, Marketing, Uncategorized

Mail Chimp has grow into a nicely profitable huge business…… without taking a single dollar of venture capital over a 15 year slog. This is a unique characteristic of the SMB space, you can take your time to figure out the business and not be too overly concerned of being crowded out by a better funded…

We finally launched the referral rewards program on Clover, now available to all First Data merchants on the Station device and the Mini/Mobile terminals. The response in the first couple of weeks has been phenomenal. It is still early days for our app, but we hope to educate and get the local merchants

successful with a type of rewards program that has allowed large Internet companies such as Uber and Dropbox acquire millions of customers virally.

A study by The Wharton School of Business shows that a referred customer is 18 percent more likely to stay with the business over time than the average customer.  Description below.

END_OF_DOCUMENT_TOKEN_TO_BE_REPLACED

The trouble with ISO Business

END_OF_DOCUMENT_TOKEN_TO_BE_REPLACED

“Nothing in the world is as powerful as an idea whose time has come,”

Mercury Payment Systems was sold to Vantiv Inc. for $1.65 billion. Congratulations to Matt Taylor, CEO of Mercury, and his management team. This is a spectacular deal.  Let us look at some simple comparative numbers.  Vantiv’s market capitalization is $6 billion and it processes $400 billion in credit and debit card volume, which works out to  $15M for each $1 billion processed. Looking at another example, Heartland Payments END_OF_DOCUMENT_TOKEN_TO_BE_REPLACED

January 31, 2014 No Comments on Startup versus small business Entrepreneurship

I am frequently asked how a small business, whom we champion, is different from a startup, which we are. Both have considerable similarities and driven by the same entrepreneurial instincts and energies. Both are generally also founded by people who are not only highly passionate about their venture, but also more comfortable with ambiguity and risk than the general population. However the main difference between the two is one of scale and risk. A technology startup like ours has enormous distribution potential by leveraging the reach of the Internet while a small business generally designs its products and services to serve the needs of a much more limited local market. For example, merchants in New York and Dallas can just as easily leverage our payment analytics and social media management solutions to efficiently market to their customers, who usually tend to live and shop locally around their business. END_OF_DOCUMENT_TOKEN_TO_BE_REPLACED

January 18, 2014 No Comments on Man in the Ring Entrepreneurship 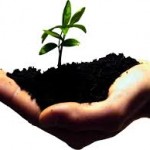 We might imagine that it is only the “big names” that push innovation; such as the way Apple has pushed innovative devices like the iPhone and iPad. However, where did the “big names” get their start? All of them began with entrepreneurs, developing products that nobody had seen before and then managing to get those products into the homes of consumers. END_OF_DOCUMENT_TOKEN_TO_BE_REPLACED